Making Dreams Come True In The Films Of Kamran Heidari

The Iranian director Kamran Heidari was born in Gachsaran, close to the old city of Shiraz, in 1979. Heidari makes films about the lives of the people who come from his region. Here’s a close look at two of his recent works.

My Name is Negahdar Jamali and I Make Westerns

In 2012, Heidari directed his first full-length documentary about the life of the eccentric and touching figure of Negahdar Jamali from Shiraz, a cowboy film enthusiast whose personal introduction echoes that of John Ford: “My name is Negahdar Jamali and I make Westerns”.

Passionate about action and cinema, and Western films in particular, Jamali has been confidently shooting his own amateur cowboy films for over 35 years in the beautiful city of Shiraz and the deserts that surround it. However, this is Iran, not America, and conditions can be tough at times. Heidari’s documentary explores the daily life struggles in trying to make things work in the pursuit of Jamali’s dream: making Western films.

What makes this documentary so appealing is Heidari’s ability to convince the viewer, by using visual means, of the power of one’s ambitions and the possibility of making dreams come true. The main character, a Persian amateur filmmaker, is a figure filled with energy, passion and a great sense of humour that challenges stereotypes and conventions. 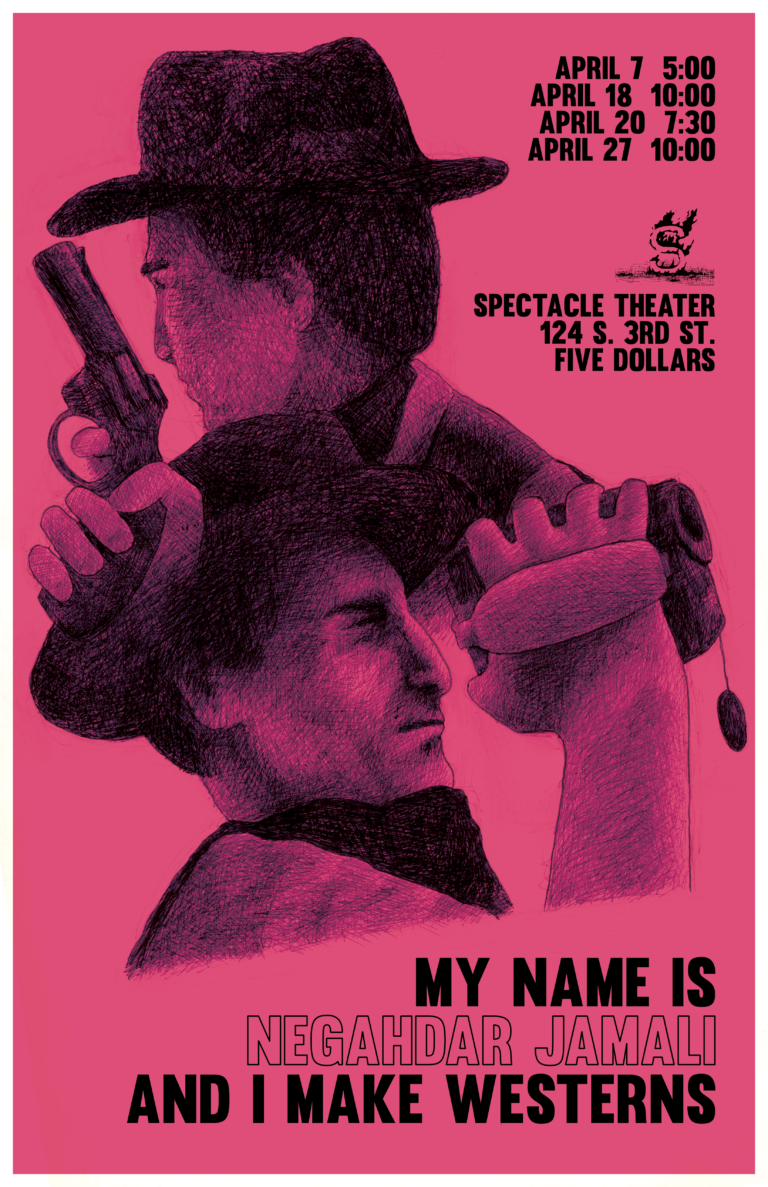 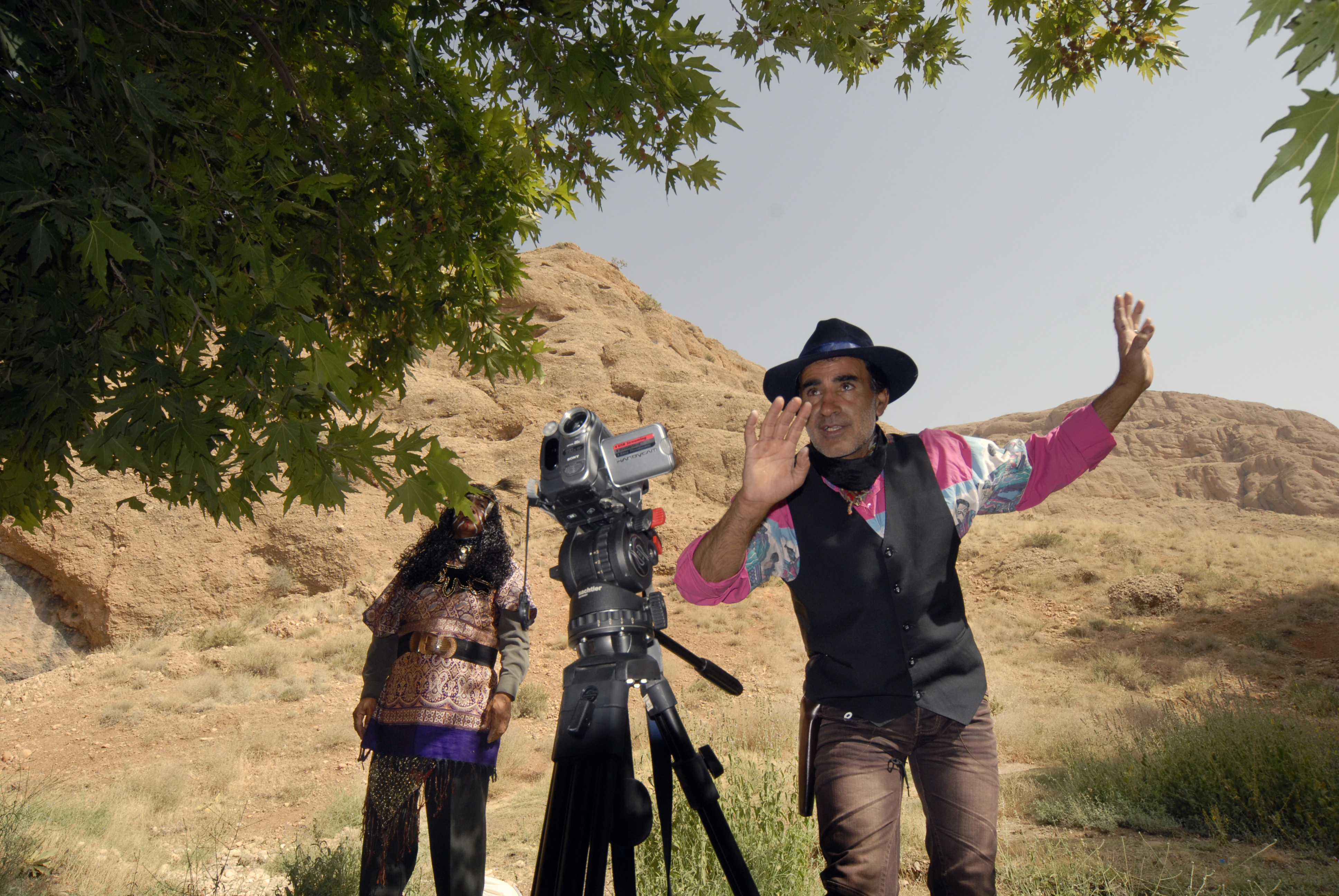 Be it at home or at the market, many laugh at him and his ideas, unable to understand how the American film par excellence could be made Iranian. Indeed, such ambition in the given context may be unusual. However, if Jamali has one thing that will make him progress and succeed, that is perseverance. He might have chosen his passion at the expense of losing his family, but he will always manage to convince his friends to play bounty hunters and Native Americans in front of the camera.

Even though he comes from a poor background, this does not discourage him from pursuing his dream of making Westerns, Iranian-style. Going second-hand to keep costs down and selling belongings is not a problem for him if it helps him achieve his greatest goal.

Moreover, the documentary acknowledges the subjectivity of the experience and the need to be reflexive. It is also Heidari that we are following and his point of view that we are trying to understand. For example, there is a scene where Jamali directly addresses Heidari, asking him to pay the salary of one of the actors. And there’s a scene where Jamali’s son has a go at Heidari and almost threatens to break his camera. Thanks to the presence of these scenes in the film, there is a direct engagement between actors, directors and viewers, and the role of agency is brought forward in an original way.

In 2013, Heidari directed another documentary, also on the life of an eccentric and touching person with a dream: Hamid Saeed, one of the best-known Iranian musicians with African roots. Heidari follows Saeed, who travels by motorbike across the region of Hormozgan, in the south of Iran, to pursue his dream of bringing the best black musicians together at a grand concert.

The destination is perfect: Hormozgan is known to be home to many African descendants, as this was the province where merchants and slaves coming to Iran used to land. While locals are now mostly Shia Muslims, they still take part in voodoo rituals and dance to African rhythms. To make his dream come true, Saeed needs to challenge stereotypes, confront his wife’s resistance, and overcome geographical, religious, and cultural constraints, all the while struggling to meet his own needs.

In a very subtle and sensitive way, Heidari manages to explore migration and identity issues in Iran, while Saeed transports us into his world through his music. By incorporating African rhythms into the music that he plays, he succeeds in preserving his heritage that he then shares with others. But, at the same time, cultures are dynamic: by mixing African and Iranian beats, he is recreating traditions and moulding them into a new form of hybrid identity. 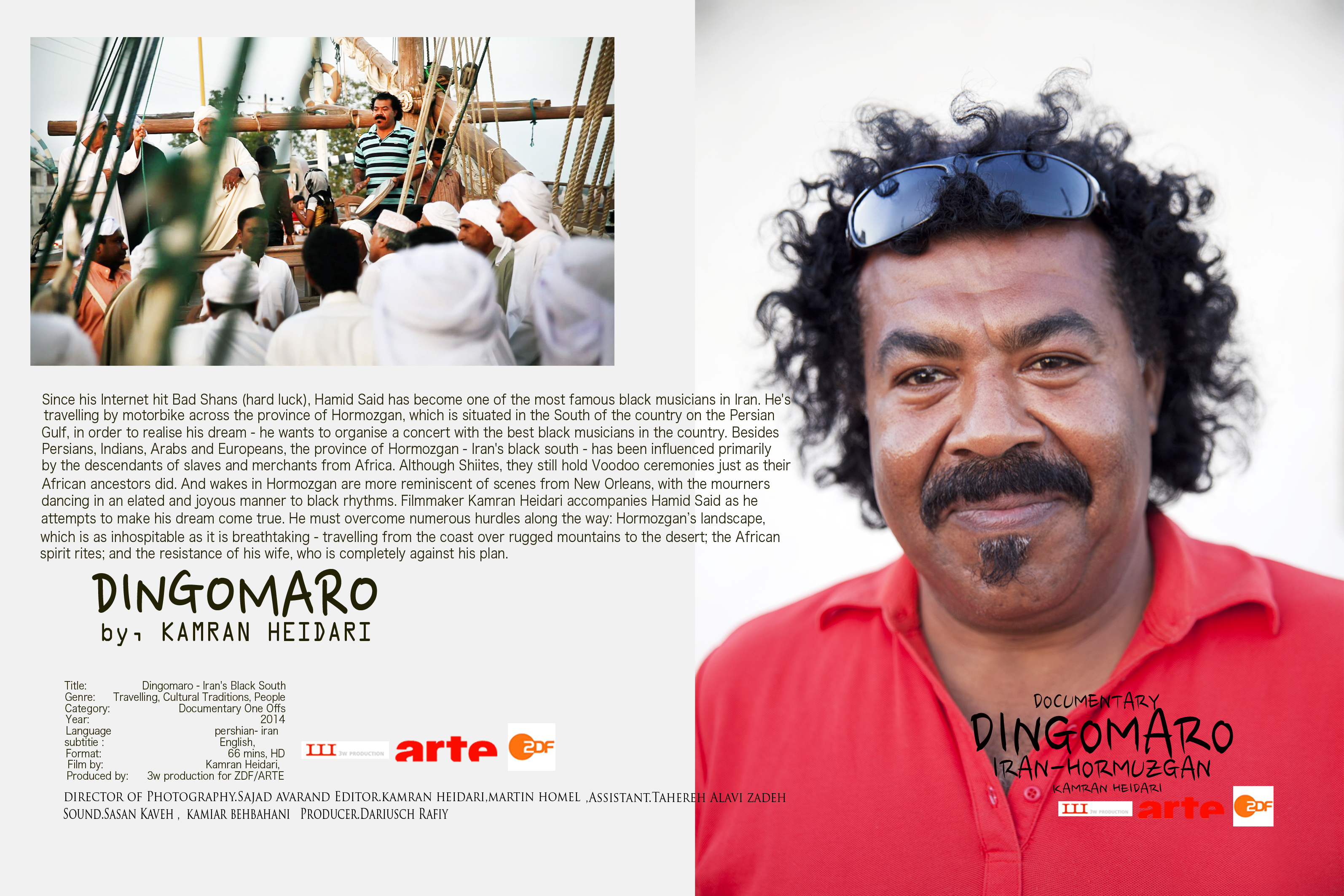 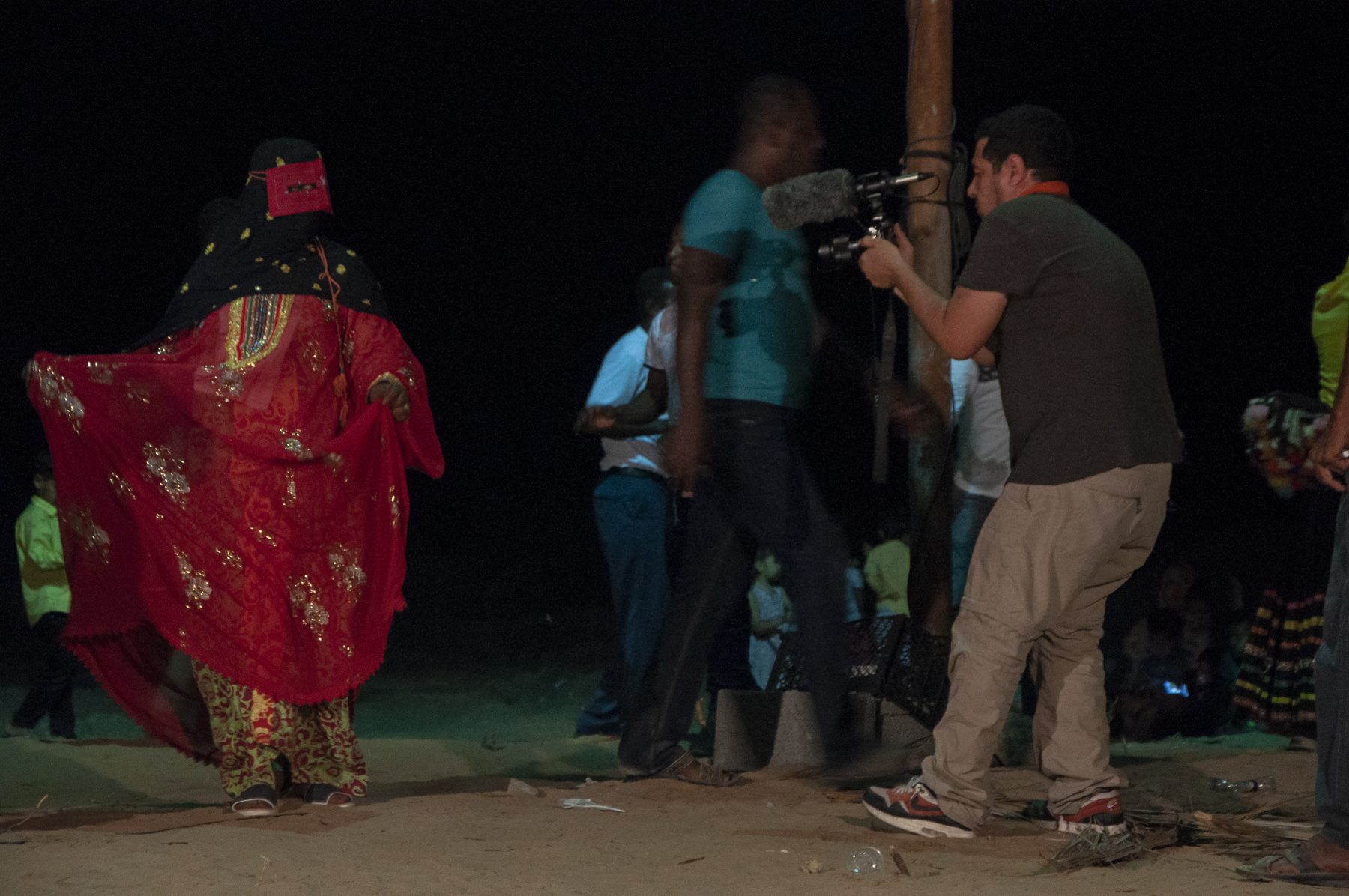 Holding an ‘African-style’ concert in an area where many have rejected, or forgotten about their roots can be challenging. Heidari, together with Saeed, show us how to value this cultural heritage and give it a meaning through music. An inspiring account of diversity, the film is both touching and eye-opening. It was screened as part of the UCLA Celebration of Iranian Cinema in May 2014.

In both documentaries, Heidari conveys a powerful message by implying that with ambition and perseverance, where preparation meets opportunity, it becomes possible to make your dreams come true. As the protagonists of his films show, cultural, religious, and financial constraints can be overcome, even in inhospitable lands where infrastructure is lacking.

The beauty of these documentaries also comes from their simplicity. No preaching, no politics. Passion and ambition are portrayed in such a way that the viewer becomes convinced that, together with hard work, these constitute the key ingredients to achieving your dreams. Kamran Heidari inspires his viewers with his visions of Iran, and for that, he deserves to be recognised as one of the best Iranian directors of the new generation.