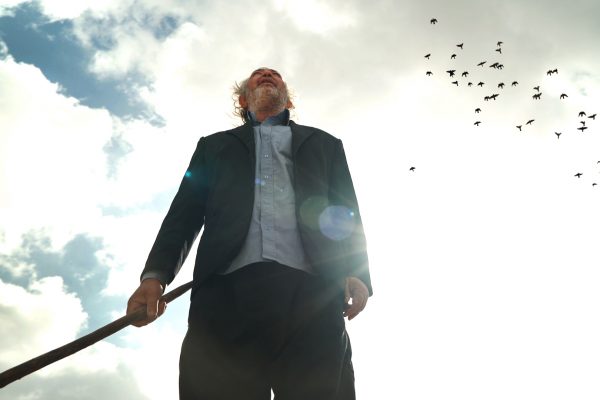 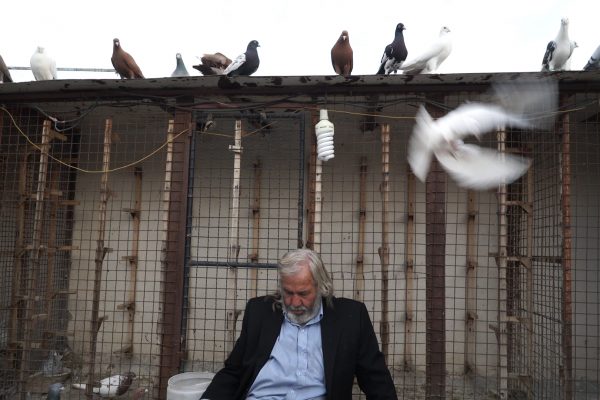 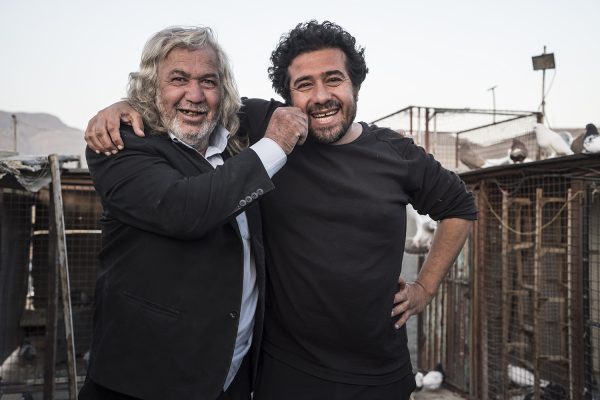 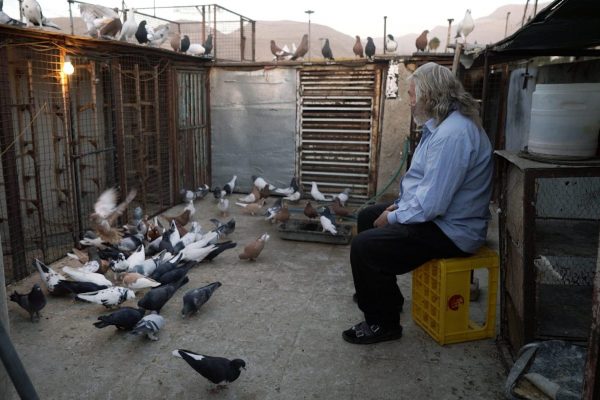 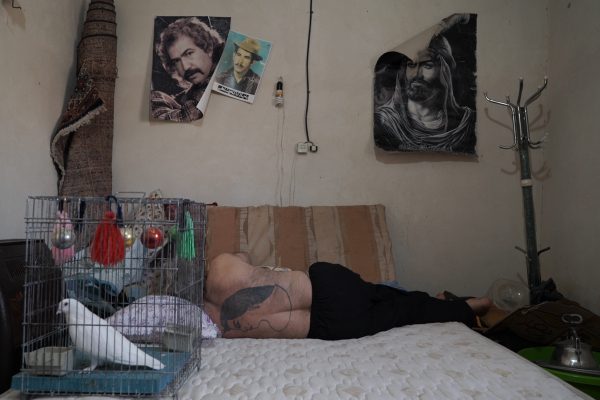 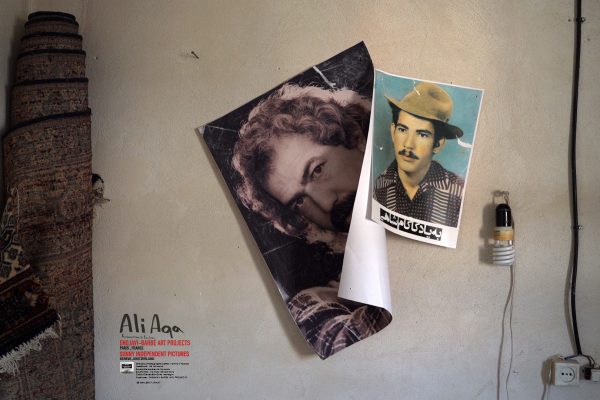 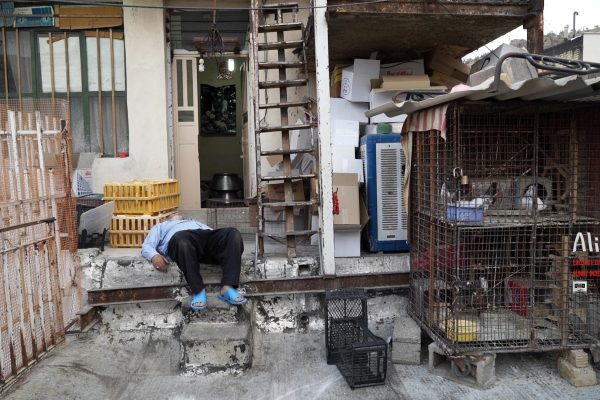 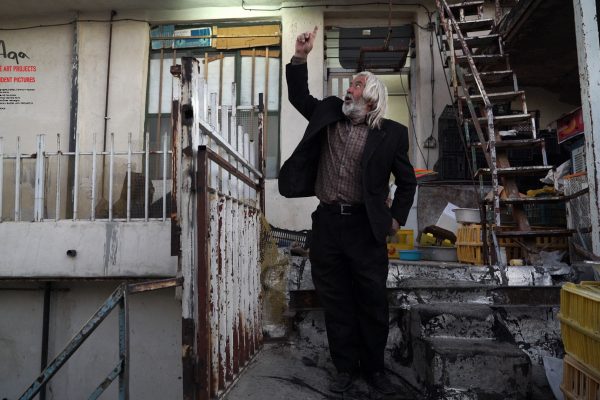 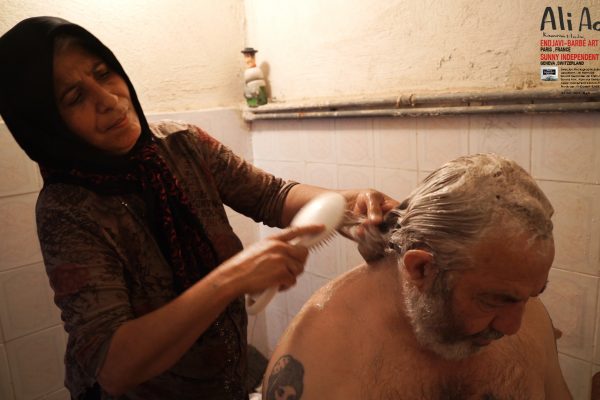 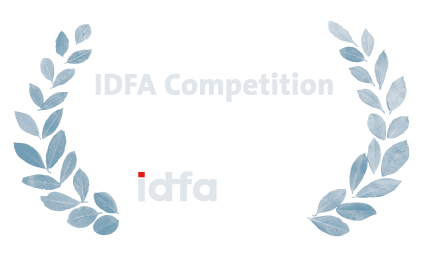 In Persian culture, there are some men who have a strong passion for keeping and raising pigeons on the roof of their buildings, dedicating their time on a daily basis to play with these birds. In Persian slang, these men are known as Kabootarbaz (“pigeon-keepers” or “pigeon-lovers”). Usually the pigeon-lovers buy/sell pigeons from/to each other. They also build cages on the roof of their houses to keep the pigeons in, and they sleep on the roof in order to keep close to their birds. Pigeon-keeping has a long tradition in Iran. Pigeon-lovers develop a liking for this hobby from an early age, usually due to having a close person (e.g. father, brother, a neighbor etc.) who has been in the pigeon business. From the public point of view, nevertheless, pigeon-keeping is frowned upon and pigeon-lovers are considered dangerous for the society. Because of their passion for pigeons, most pigeon-lovers spend their time with their birds or with other pigeon-lovers rather than with normal people, and this in effect turns them into outcasts – since especially what they do is not socially acceptable.
The story of the movie happens in Shiraz, in a neighborhood called “Sa’di”, which is one of the oldest neighborhoods in the city that houses many pigeon-lovers. The movie revolves around Ali Agha who is one of the oldest and most experienced pigeon-lovers in the neighborhood. He loves his pigeons madly, so much so that he calls himself Eshghbaz (“love-dealer”) rather than “pigeon-lover.” He’s been in love with pigeons ever since he was four years old and even now that he is 68 years old his love for these birds has not diminished. His love for the birds is mingled with a kind of madness.He doesn’t care about anything except his pigeons. He protects his birds as if they are his own children, and this has led him to a life of solitude...

His family, especially his son, is highly against this hobby; they have repeatedly tried to make him come to his senses, even by physical means, but Ali Agha, being a tough and belligerent guy by nature, has managed to keep them in check over the years.
Nevertheless, Ali Agha is facing a lot of problems these days. He is old and seriously ill. He needs to be hospitalized and go under a surgical operation on his head in order to regain his health, but he is not so keen on any of that. He fears that his operation won’t be successful and that things will go wrong, and that while he is absent for this operation his family will seize the opportunity to sell his birds. His sickness has been progressing gradually, making him unable to take enough care of his birds. Keeping care of pigeons is a difficult and permanent task which includes feeding them, cleaning the cages daily and being attentive while making the birds fly and directing them back to their cages. But Ali Agha cannot do any of this like he used to. This has caused the pigeons to become sick, lost or to die. Because of this, Ali Agha has become quite depressed. He expects his family to help him so he can take better care of the birds, but his family is dead against keeping the birds and doesn’t give him the aid he requires. Since Ali Agha is ill, he cannot protect his birds as before, and the death of his pigeons has made a bitter man out of him as he is always fighting his family. His family, on the other hand, is seeking an opportunity to get rid of Ali Agha’s pigeons, since his love for the birds has put a lot of strain and tension in the family.
As the director of this movie, I have spent two years with Ali Agha in his home and on the roof of his building where he lives so I can capture the culture of pigeon-keeping and Ali Agha’s mad love for his birds as well as his life story. With his health taking a bad turn, Ali Agha has to decide between his pigeons, his family, and his health, and this is a really tough decision for him.